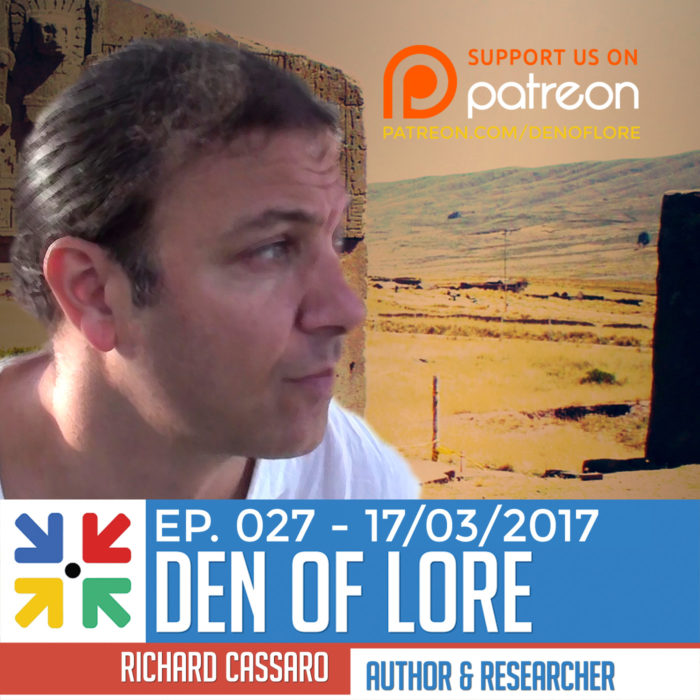 Richard Cassaro joins us to talk about the propagation of the same symbolism in religions and architecture throughout history, and how this could potentially prove the existence of a lost golden age of civilization. We are also going to discuss Freemasonry, and how it has affected the way he looks at the evidence.

DONATE VIA PAYPAY TO THE WEST FAMILY

Buy his book – The Missing Link on Amazon

His first book, Written in Stone, is a wide-ranging exploration of hitherto-unknown connections among Freemasons, medieval cathedral builders and the creators of important ancient monuments, in support of his theory that a spiritually advanced mother culture, lost to history, is behind many of the world’s architectural and artistic traditions.

Prior to the publication of Written in Stone, Cassaro enjoyed a successful career as a U.S. correspondent for a major Italian publishing house, a managing editor for a popular U.S. magazine, a consultant to print and broadcast media, and a ghostwriter for a best-selling esoteric author.

Cassaro, who is a graduate of Pace University in New York City, has examined first-hand the ancient ruins and mystical traditions of Egypt, Mexico, Greece, Italy, Sicily, France, England, India, Peru and Spain; he has lectured on his theories to great acclaim in the United States, Egypt, Italy, Spain and Peru.