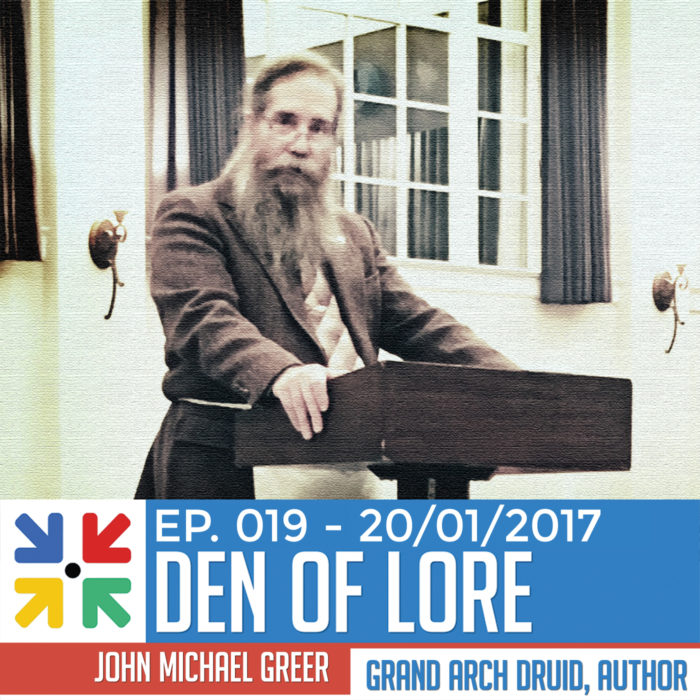 Over thousands of years, the priests and sages of the ancient world discovered that the design and location of certain structures had beneficial effects on the crops that sustained life. A body of traditional lore evolved, using architecture and ceremonies that made use of these wholly natural but mysterious effects. In The Secret of the Temple, John Michael Greer painstakingly rebuilds a body of lost knowledge that has been used to accumulate and direct energy throughout history, and can be used again today.

The Temple of Solomon was only one of many ancient structures that drew on the temple tradition. The insights of this tradition have been passed down through those in society tasked with protecting ancient wisdom, secret societies like the Knights Templar and the Freemasons. But over time, as cultures and technologies changed, the meaning of these cryptic symbols and rituals became obscured . . . until now. This book explores the esoteric body of knowledge that shaped the world of our forebears, gave rise to the world’s most awe-inspiring temples and cathedrals, and continues to fuel speculation about powerful forces at work in our world.

John Michael Greer is an American author, independent scholar, historian of ideas, cultural critic, Neo-druid leader, Hermeticist, environmentalist/conservationist, blogger, novelist, and occultist/esotericist who currently resides in Cumberland, Maryland after living in Ashland, Oregon for a number of years. He was raised in a nonreligious family. Greer graduated from Western Washington University in 1983, and from the University of Washington with an B.A. in the Comparative History of Ideas in 1993. He is a former Grand Archdruid of the Ancient Order of Druids in America, a position he has held since 2002. His first book, Paths of Wisdom, a study of the Golden Dawn system of Qabalah, was published in 1996. Greer has since written, edited, and/or translated many other books on numerous subjects and topics, including multiple encyclopedias. Some of Greer’s more recent books include an exploration of UFO phenomena, multiple titles on Druidism and Western esoterica, along with the predicted overall effects of the post-industrial age and associated resource depletion on human culture in the future. Greer has also written extensively about “peak oil” and other forms of expected resource shortages which he believes will eventually bring about fundamental changes in many societies around the world for generations to come. In addition Mr. Greer maintains an interest in historical hermetic philosophical teachings. This historical interest led him to translate the Historic rapier treatise of Girard Thibault. Mr. Greer has taught several classes on the philosophical and practical teachings of Girard Thibault in partnership with the fencing school Academia Duellatoria.

The Secret of the Temple: Earth Energies, Sacred Geometry, and the Lost Keys of Freemasonry

Intro Music:
Only Knows by Broke For Free
http://brokeforfree.com/