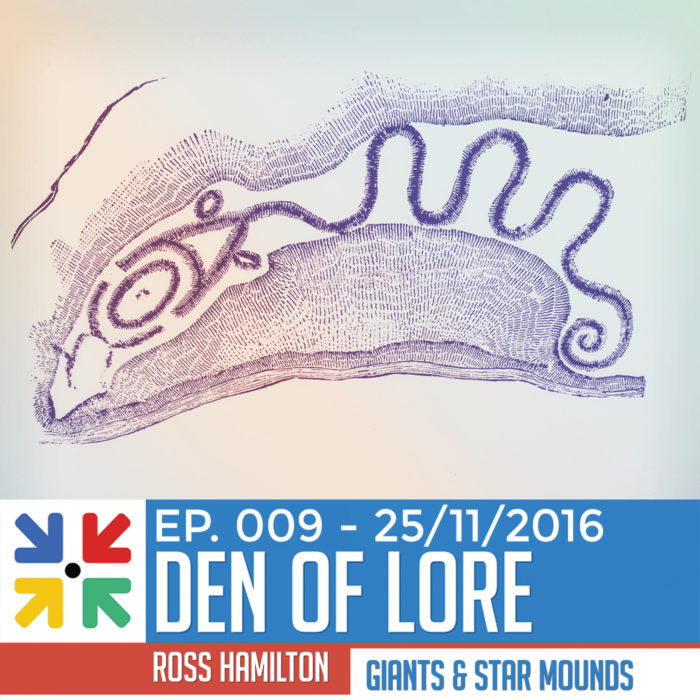 Ross Hamilton gives one of his greatest interviews of all time on our show for EP. 009.

EP. 009 we welcome researcher and author Ross Hamilton onto the show to discuss Star Mounds in North America, the Serpent Mound in Ohio, it’s significance in North American archeology, and finally Giants of North America and how it’s all connected.

We delve DEEP into the subject matter of Ohio Valley Earthworks and their significance with regards to an ancient prehistory empire that stretched from the St. Lawrence down to the Gulf of Mexico, how these earthworks tapped into the world energies to enrich the land, and create the tall robust native peoples that lived in the area.

Write us and tell us what you think of the show, share with us your paranormal or UFO experiences, or just send us an email to say hi! We will share your letters and taunts on air!.

Chris and Alex catch up with our friend Denver Michaels, Cryptozoology researcher and regular contributor to our obligatory opening segment. He has an update on the Alaskan Rope Monster he reported on in EP. 007, as well as discussed the Slender Man phenomenon in West Virginia. Denver is working on a new book about cryptids in West Virginia, and if his last two entries to the realm of strange creatures is any indication, it will be another enjoyable read.

Also, as Michael is going out into the wilderness a lot, and Chris is Croatian-raised with regards to making sure our team is fed, we are starting the “Send Denver Michaels a Sammich” contest very soon for shits ‘n giggles.

People are Seeing Something: A Survey of Lake Monsters in the United States and Canada
Water Monsters South of the Border

Born in 1948 on Long Island, New York, Ross Hamilton has lived in the greater Cincinnati, Ohio area since the age of seven. Fascinated by American Indian history from childhood, Hamilton has devoted his life to bringing to light the lost history of the North American continent. He has worked with activist Vine Deloria Jr., the former executive director of the National Congress of American Indians; Floyd “Red Crow” Westerman; and Iroquois chief Jake Swamp. He frequently gives interviews on the subject of the star mounds, most recently on the History Channel show Ancient Aliens.

Star Mounds: Legacy of a Native American Mystery
The Mystery of the Serpent Mound: In Search of the Alphabet of the Gods
Intro Music:
By: Broke For Free – Only Knows
Creative Commons License viewable here:

By: The Dread – Staring at the Sun
Creative Commons License viewable here: